Lola Nolan is a budding costume designer, and for her, the more outrageous, sparkly, and fun the outfit, the better. And everything is pretty perfect in her life (right down to her hot rocker boyfriend) until the Bell twins, Calliope and Cricket, return to the neighborhood. When Cricket, a gifted inventor, steps out from his twin sister’s shadow and back into Lola’s life, she must finally reconcile a lifetime of feelings for the boy next door.

As I am sitting here trying to gather my thoughts, and the one thing that stood out to me this time was the theme of forgiveness. Lola has to forgive the Bell twins, her biological mother, and her musician boyfriend (who becomes the ex thankfully because he sucked). The entire book is a journey of looking at the mistakes that were made, and finding redemption through forgiveness and understanding.

We also see the theme of second chances. Lola gave both her mother and Cricket a second chance. Having your heart-broken by two of the most important people hurts, but if both parties are willing to put in effort, relationships can be restored.

I was very into my feelings as I read Lola this time, and it could be why it’s gone on my “You should read this book” list (and why this review turned deep. Sorry guys, no fangirling today). 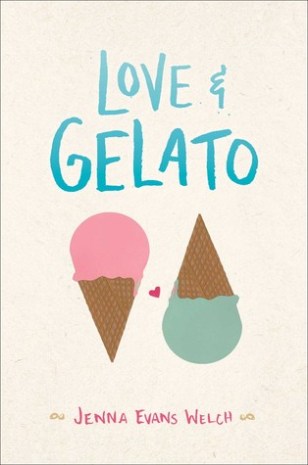 “I made the wrong choice.”

Lina is spending the summer in Tuscany, but she isn’t in the mood for Italy’s famous sunshine and fairy-tale landscape. She’s only there because it was her mother’s dying wish that she get to know her father. But what kind of father isn’t around for sixteen years? All Lina wants to do is get back home.

But then she is given a journal that her mom had kept when she lived in Italy. Suddenly Lina’s uncovering a magical world of secret romances, art, and hidden bakeries. A world that inspires Lina, along with the ever-so-charming Ren, to follow in her mother’s footsteps and unearth a secret that has been kept for far too long. It’s a secret that will change everything she knew about her mother, her father—and even herself.

People come to Italy for love and gelato, someone tells her, but sometimes they discover much more.

So FREAKING Adorable. The title says it all. Love & Gelato. Gosh I want to go to Italy now. Maybe I will…

Anyways moving on… Love & Gelato. I can’t get over how adorable and heartbreaking [in a good way] it was. I just want to hug it and absorb all its wonderful energy. I think Korea is getting to me. LOL

So we start of the book with Lina. Something horrible happened and she is now moving to Italy where she meets many attractive guys, but Ren shows up and ahhhhh who needs a guy that’s hotter than him when he is the sweetest person ever? Am I biased? You bet I am!

Love & Gelato is more than just a fluffy YA contemporary book with romance. It deals with hard subjects like death of a loved one, first love, others past affecting your own, and how to navigate the world on your own. This book is not all sweet like gelato, it can be bitter like coffee as well. I will say the balance between the fluffy and the hard truth are perfectly balanced and you end up feeling with a sense of reassurance and happiness at the end of the book.

If you’re looking for something heavy yet delicious then look nor further. I assure you that you will like this book!

The second week has passed! Like I’ve said previously, this is going by much quicker than I anticipated. Liz has been a reading machine while I have not. But I’m trudging along this week and we also have a special guest post from Miss Print (and for those who know her personally Emma). She will be discussing in favor of instal-love and love triangles. You won’t want to miss it!

For this week, if you haven’t guessed by now, we shall be reading and celebrating all things Romance.

Let our hearts be filled with feels!