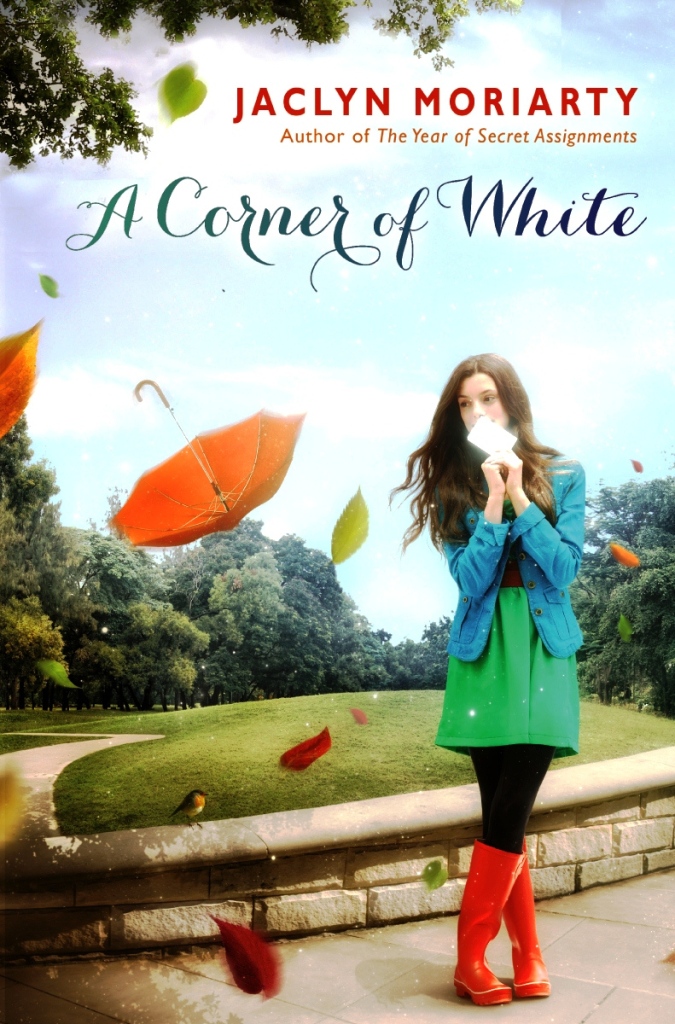 I was provided with a copy of this book by NetGalley & Scholastic. Thank you very much for approving my request.

The first in a rousing, funny, genre-busting trilogy from bestseller Jaclyn Moriarty!

This is a tale of missing persons. Madeleine and her mother have run away from their former life, under mysterious circumstances, and settled in a rainy corner of Cambridge (in our world).

Elliot, on the other hand, is in search of his father, who disappeared on the night his uncle was found dead. The talk in the town of Bonfire (in the Kingdom of Cello) is that Elliot’s dad may have killed his brother and run away with the Physics teacher. But Elliot refuses to believe it. And he is determined to find both his dad and the truth.

As Madeleine and Elliot move closer to unraveling their mysteries, they begin to exchange messages across worlds — through an accidental gap that hasn’t appeared in centuries. But even greater mysteries are unfolding on both sides of the gap: dangerous weather phenomena called “color storms;” a strange fascination with Isaac Newton; the myth of the “Butterfly Child,” whose appearance could end the droughts of Cello; and some unexpected kisses.

I am going to start off with a food analogy to explain how this book was for me. It was like a big juicy delicious looking steak without the seasoning. It was missing something. I liked the idea of the book. I loved how Moriarty build the world in the book but I wasn’t swept away by the story. This had so much potential for being great. I really wish I wasn’t giving it a bad review. This book did not move me and the characters, especially Belle and Jack didn’t move me. Kala didn’t add much to the story either. The only character I liked was Elliot. I felt nothing special for Madeline.

Overall, this book could have been better. Part of the reason why this book did not move me was the writing. It was strange and it took me a while to get used to it.

Sidenote: I love the cover art for this book. It’s so beautiful.

1 thought on “Special Review: A Corner of White by Jaclyn Moriarty”