As I meditate on the birth of this blog until now, I can only see the growth I’ve obtained as both a blogger and an individual. This blog has been with me through many milestones and I am glad this has been a constant in my life.

I would like to thank every single one of my readers and wonderful blogger friends for supporting me and reading my content. I wouldn’t be here today without you guys.

I want to do a little shot out to Emma (Miss Print), Anjie (Love Thy Shelf), Kayla (The Thousand Lives), and Andi (Andi’s ABC’s). You guys have been my rock through the years here in the book blogging community.

Also Liz, my co-blogger, thank you for taking time out of your busy life to do this with me. Don’t know what I would do without you!

And now to the most exciting part…

The giveaway will run from December 12, 2015 12:00am PST to January 11, 2015 11:59pm PST. And to answer the unspoken question many of you have, yes this is an INTERNATIONAL GIVEAWAY. The prize is 1 book with a maximum value of $15 US dollars. If you live in the USA, it will be shipped to you via Amazon. If you live outside the USA, I will be using Book Depository to purchase the book.

Thanks again for everyone’s support. I love you all!

Well hello all! Hope you are having a wonderful day so far. As the title implies, I am purging my bookshelves in order to make room for new ones. I’ve gotten into the habit that if my friends don’t want the books, I just donate them to Goodwill. This time I thought, why not give them away to my wonderful readers!? You have made my book blogging experience a great one the past few years and this is my way of saying THANK YOU!

The books I will be giving away this round are:

It will be a total of four books.

Sorry, this giveaway is not international, I can only ship in the United States. All the books are in like new condition. I like to keep my books looking pristine. The giveaway will be running for two weeks. From August 21st to September 4th. Giveaway ends September 4th @ 12:00am PST.

May The Odds Be Ever In You Favor! 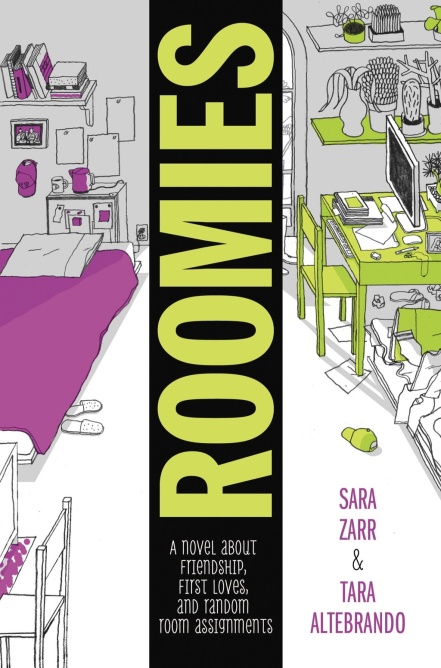 I have so many roommate stories… mostly bad ones. My last year of University I had a wonderful roommate, one of my close friends, and we were great together. Just to make this interesting I’ll give you my roommate story of my first year of college which scarred me for life.

I went to a small private university in California. Everyone raved about the close-knit environment and how everyone got along. Boy, was that totally not my experience. My freshman dorm was a old building which was the farthest from the main campus and housed about 250 students. I was stuck in a triple (one room for three girls) and the room was already small to begin with. One of my roommates was hispanic (like myself) and the other was Japanese-hawaiian. Need less to say, the hispanic roommate was out of our room within two weeks of school starting. Why? Because she was impossible to live with.

We had all talked before school started and she didn’t seem that bad, but when she came to the dorm with her parents, I had a bad feeling which turned out to be true. Let’s call her Maria for the purpose of the story. Anyways, Maria was such a snob. Her parents drove a Mercedes and she was all about flaunting what she had. When she saw my mom bought me an iTouch, she was filled with rage. She was like you’re so lucky, but her tone was anything but sweet. Once I came from class and my bed looked like someone had jumped all over it and there was dirt on it. My other roommate was with me in the previous class so the only one who could have done that was her. She denied it of course. Also, when she saw my dad bought me a new car, she was so mad. She just left the room. Also, she had to have her afternoon nap and since she was a light sleeper, we couldn’t even go into the room or we would wake her up and she would be pissed. She kept having a bad attitude about everything until one day I went to the RD and said, either she leaves or I do, but I’m not living with her anymore. Let’s just say she left.

Now, to the GIVEAWAY part of this post where I tell you how you can win a copy of Roomies!

This is all possible thanks to the Little, Brown Books for Young Readers who are kind enough to let me host a giveaway!