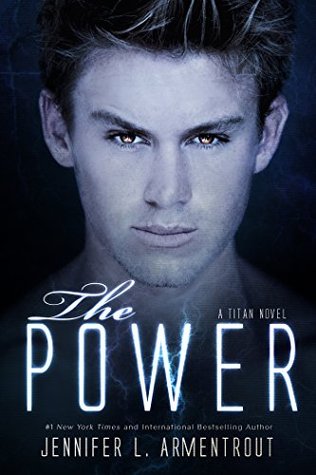 Fate has other plans.

The violence is escalating and war between the races seems inevitable, and it couldn’t come at a worse time. Hyperion may be out of commission, but Josie and Seth know they have only earned a reprieve.  Seth must get Josie fully prepared, which means controlling her newfound abilities, and they need to find the other demigods before the Titans do.

But the gods are sensing a greater threat.

Only one thing is more dangerous than a bunch of starved Titans, and that’s an out-of-control Apollyon. The aether in Josie is drawing Seth in deeper, and when lust mixes with love and gives way to power, he knows being close to her is not only dangerous to her, but to everyone around them, but letting her go requires a level of selflessness that just isn’t Seth’s style.

The paths taken in the past are becoming the roads of the future.

Just as chaos breaks out, familiar faces from the past return, complicating the already strained bond between Josie and Seth, and when the danger from the Titans erupts with devastating consequences, the dark allure of power calls to Seth again, but this time Josie might not be able to pull him back.

And when the struggle between power and love becomes the deadliest battleground, there may be no salvation.

So, we know this is the follow up to The Return, a spin-off series of Jennifer L. Armentrout’s Covenant Series. In the first book we meet Seth again, the Apollyon, one year after the events of the Covenant Series take place. He is charged with protecting Apollo’s daughter, Josie, a demigod. The second book picks up where he first left off. Josie and Seth are the Covenant University in South Dakota training so that Josie can gain control of her demigod powers.

I was underwhelmed with this book. Maybe my expectations were too high? Or maybe because the characters need to grow, it wasn’t as exciting? I am not totally sure. The writing was still very good. And Seth was still the jackass… nothing changing there. I mean, we even got to see Alex and Aiden, my baes from the Covenant Series. But this book was less about the action and more about the relationships- pure-bloods vs. halfs and the Breeding Order, Josie and Seth, Josie and Apollo. And I guess I wasn’t expecting that; maybe that’s why I am underwhelmed.

I still really enjoyed reading it, but not as much as The Power, or some of Armentrout’s other novels.