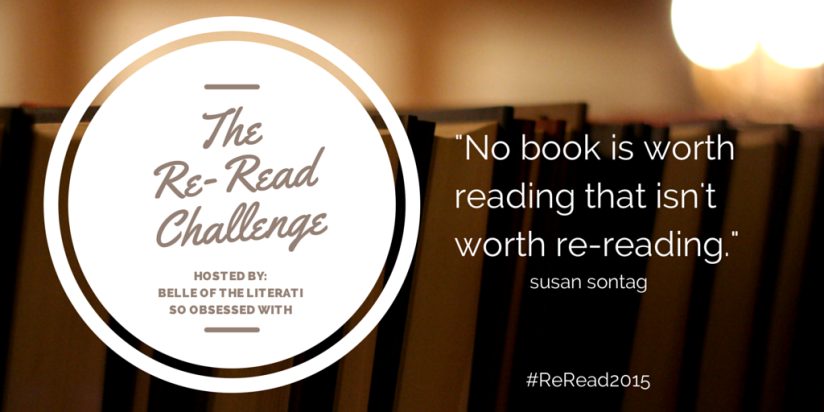 My last recap was for March and we are now in August and I have not re-read a single thing. *hides in shame*

I was doing so well and then… I stopped. I didn’t necessarily stop on my own accord. First, I was preparing for the move, then I moved, and after that came the whole settling down after the move. I’ve been in my new place for two months and I’m still not completely settled.

I have been listening to the Amy and Rogers Epic Detour audiobook which is amazing by the way. So, I have been “re-reading” in the last 4 months, I just haven’t finished a single book.

Hopefully my August recap will be much less empty than this (although it can’t get any worse when you’re at zero book reread right?).

What have you been re-reading this past month?