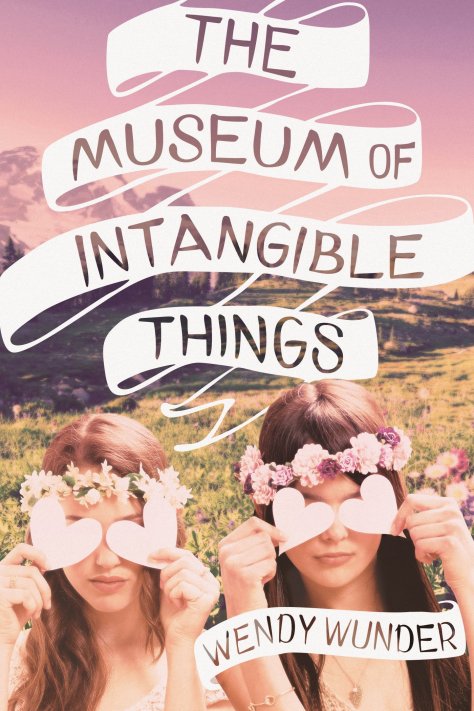 Hannah and Zoe haven’t had much in their lives, but they’ve always had each other. So when Zoe tells Hannah she needs to get out of their down-and-out New Jersey town, they pile into Hannah’s beat-up old Le Mans and head west, putting everything—their deadbeat parents, their disappointing love lives, their inevitable enrollment at community college—behind them.

As they chase storms and make new friends, Zoe tells Hannah she wants more for her. She wants her to live bigger, dream grander, aim higher. And so Zoe begins teaching Hannah all about life’s intangible things, concepts sadly missing from her existence—things like audacity, insouciance, karma, and even happiness.

An unforgettable read from the acclaimed author of The Probability of Miracles, The Museum of Intangible Things sparkles with the humor and heartbreak of true friendship and first love.

This was such a difficult books to read. I had no idea what I was getting into except for what Kayla said which is that it wasn’t what she was expecting.

We start of with Hannah introducing herself and her situation, and then we come across her best friend Zoe. Right off the bat we know something is wrong with Zoe. We don’t know exactly what until Hannah tells us she has a bi-polar disorder and once was locked up. Zoe and Hannah had a system for dealing with the effects of the disorder until one day it couldn’t be helped any longer.

It was so sad to see the crazy Zoe got into once they went on their road-trip. It hurt even more to see Hannah see her best friend like that.

The ending was brutal as well as the epilogue. Zoe couldn’t deal with the disorder any longer which propelled her to jump of the Grand Canyon and killed herself. It was a little fuzzy, but it suggests that lightning did hit her and that she was burned up. What was more unbelievable was the fact that Hannah almost herself jumped with Zoe. Zoe was everything and if it meant Zoe would be better if she too jumped with her, so be it.

I was also bummed out that Danny wasn’t a part of her life in the future. She mentions in the epilogue that first loves don’t last and that she still looks at their picture. Honestly, Danny didn’t really do much for me, but he did mean a lot to Hannah.

The most heart-breaking part of this entire novel was the part in the epilogue where it is mentioned that she writes to Noah once a month and sends the letters to the NASA office where he works. What exactly is he doing in NASA? HE is searching for life in the universe. To me that is a little brother hoping that his sister was abducted by aliens, instead of thinking that she killed herself. Gosh it breaks my heart.

I don’t think I could ever read this again, but it is a good example of how hard it is for the person suffering a mental disorder, and how hard it also is for the people who love that love them.

3 thoughts on “ContempConvos: The Museum of Intangible by Wendy Wunder”