Disclaimer: Thank you Harlequin TEEN and  NetGalley for giving me the opportunity to read this book in exchange for an honest review. Receiving this book for free does not sway my opinion.

YOU CAN BE A VII. IF YOU GIVE UP EVERYTHING. For Kitty Doe, it seems like an easy choice. She can either spend her life as a III in misery, looked down upon by the higher ranks and forced to leave the people she loves, or she can become a VII and join the most powerful family in the country. If she says yes, Kitty will be Masked—surgically transformed into Lila Hart, the Prime Minister’s niece, who died under mysterious circumstances. As a member of the Hart family, she will be famous. She will be adored. And for the first time, she will matter. There’s only one catch. She must also stop the rebellion that Lila secretly fostered, the same one that got her killed and one Kitty believes in. Faced with threats, conspiracies and a life that’s not her own, she must decide which path to choose—and learn how to become more than a pawn in a twisted game she’s only beginning to understand.

This book was almost the death of me. The main reason I was able to finish Pawn because I ended up listening to the audiobook instead of reading the galley I received. I bought the Audiobook (it was only 5.95 on amazon) and downloaded to my phone and it was the only thing I listened on my long commutes to and from work.

Let’s talk about KNOX. I don’t know exactly how I feel about him. Gosh he is such a tease, but also at times he would get soo broody and moody and under my skin. But if I had to choose between Benji and Knox, well of course I prefer Knox. And since I mentioned Benji let’s talk about him. First, I know that I was initially influenced by Kayla (The Thousand Lives) to not like him. I was waiting for him to mess up. The only thing he did wrong at the beginning was the whole “Omg you’re gonna be a prostitute and another man cannot possibly have sex with you before I do so let’s have sex right now”. I was over here shaking my head and going “UH NO. YOU JUST DID NOT GO THERE.” After that he isn’t really there much so he couldn’t really mess things up much more. It also bugged me that he wasn’t more jealous about the whole Knox is going to have to marry Kitty, and that all he will ever be is Knox’s assistant, while watching the two of them be together.

Cecilia did throw me off a little though. I was hoping she would be kinder to Kitty, being masked and all, but making her be her puppet instead as opposed to Daxton’s, she really isn’t much better even if the end justifies the means.

Kitty. Oh Kitty. What a mess did you get into. She isn’t my favorite protagonist. I would have LOVED to see something in Knox’s point of view because to me that boy is still a mystery, but ah Kitty could be really annoying at times. I get why she does what she does, but omg that still doesn’t make it any better.

A character that had me fooled was Grayson. He seemed so timid and little when Kitty interacted with him at the beginning, but towards the end I finally saw him how he really is. He is fully aware of what his family does and it is a shame what he has had to deal with it everyday. I can finally understand his obsession with all the inventions. It keeps him busy and doesn’t get involved in the family drama. Also I couldn’t believe that Daxton was masked. Where the heck is he and why did a 5 replace him? Dear Lord this just got more convoluted and intense. Honestly that was the moment in the story that got me hooked. Too bad it was 70% into it. After getting through 70% of the book, you get thrown so many twists and turns that it leaves you feeling… numb. So much happened at the end, I have no idea how to process it.

I can’t say this is one of my favorite dystopian series, but I will say that it manages to hook you and now I really want to read Captive. 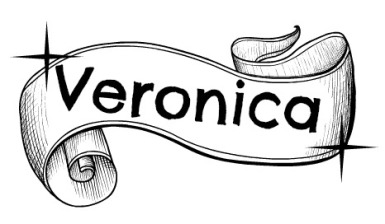