When a crash kills their father and leaves them orphaned, Zel knows she needs to protect her sister, Dyl. But before Zel has a plan, Dyl is taken by strangers using bizarre sensory weapons, and Zel finds herself in a safe house for teens who aren’t like any she’s ever seen before—teens who shouldn’t even exist. Using broken-down technology, her new friends’ peculiar gifts, and her own grit, Zel must find a way to get her sister back from the kidnappers who think a powerful secret is encoded in Dyl’s DNA.

A spiraling, intense, romantic story set in 2150—in a world of automatic cars, nightclubs with auditory ecstasy drugs, and guys with four arms—this is about the human genetic “mistakes” that society wants to forget, and the way that outcasts can turn out to be heroes.

O. M. G. Those three letters sum up this book in its entirety. I LOVED it. Absolutely, Freaking, Loved it. This book makes my science fiction inner nerd happy. All the science and the abnormal qualities most of the characters had made me love it even more. At times I felt like I was in the future X-men world. I don’t want to give anything away about this book (which is why I’m writing this tiny review on it), but I will tell you to read it. I devoured this book in a few hours and it has stayed with me. That reminds me, I should go see when the sequel is coming out… 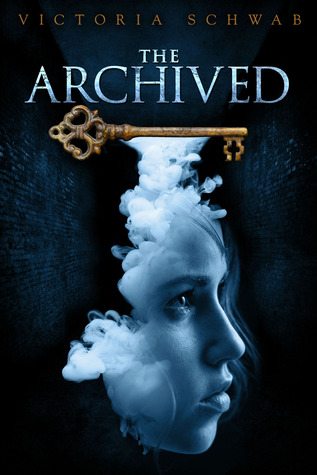 Imagine a place where the dead rest on shelves like books.

Each body has a story to tell, a life seen in pictures that only Librarians can read. The dead are called Histories, and the vast realm in which they rest is the Archive.

Da first brought Mackenzie Bishop here four years ago, when she was twelve years old, frightened but determined to prove herself. Now Da is dead, and Mac has grown into what she once was, a ruthless Keeper, tasked with stopping often—violent Histories from waking up and getting out. Because of her job, she lies to the people she loves, and she knows fear for what it is: a useful tool for staying alive.

Being a Keeper isn’t just dangerous—it’s a constant reminder of those Mac has lost. Da’s death was hard enough, but now her little brother is gone too. Mac starts to wonder about the boundary between living and dying, sleeping and waking. In the Archive, the dead must never be disturbed. And yet, someone is deliberately altering Histories, erasing essential chapters. Unless Mac can piece together what remains, the Archive itself might crumble and fall.

In this haunting, richly imagined novel, Victoria Schwab reveals the thin lines between past and present, love and pain, trust and deceit, unbearable loss and hard-won redemption.

I want to hug this book. Ugh. I can’t even. This book is haunting. It is exhilarating. It makes you see the world in a whole other way. Like it makes me like turn into the Southern California girl I have buried deep inside me and horrible grammar and words that add nothing to the sentence (ex: like) spew out of me. But my Dear Lord, I don’t even know what to really say about this book except, please read it. I can’t explain it. I won’t. Just read it. PLEASE.

1 thought on “Mini Reviews #2: Control by Lydia Kang and The Archived by Victoria Schwab”