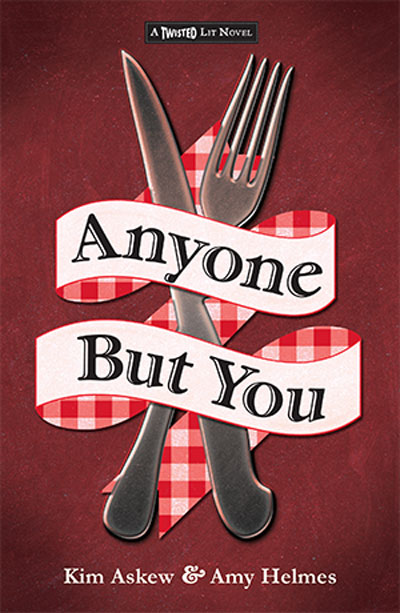 Thank you Merit Press for providing me with a free ebook copy through NetGalley in exchange for an honest review.

These violent delights have violent ends…

Gigi Caputo is fed up. A vicious act of vandalism has dealt another blow to her family’s proud pizza heritage, and the Montes–owners of a rival Italian restaurant–are clearly to blame. The hostility goes far beyond bragging rights for best pizza in Chicago. The Montes have been bent on destroying Cap’s for four generations. Even if it means putting herself in harm’s way, Gigi’s determined to get to the bottom of the feud. Instead, in a secret encounter with Roman Monte, the very boy whose relatives have brought her family such grief, she finds both danger and love at first sight. If the daughter and son of these two warring families fall for each other, can it be anything but a recipe for disaster? Slowly, Gigi and Roman learn that their story is fatefully linked to the summer of 1933, when two twelve-year-olds, Benny and Nick, hop the turnstile at the Chicago World’s Fair. The most stunning wonder of the fair is Stella, who innocently causes a lasting rift between the two boyhood. Wending its way through past and present day, this modern take on Shakespeare’s Romeo and Juliet is bittersweet, funny, and intensely exciting. It’s classic romance–a tale of hate and the only force that can ever defeat it: love.

Oh Anyone But You. I tried to read you when I had the free ebook copy. I didn’t read you on time and you were archived. Then I bought an actual physical copy and tried to read to that way and it took me months…6 months later after reading the book my feelings are… meh. I tried really hard to like it. It’s not badly written per say, but it didn’t interest me. I honestly can’t remember much except that I was confused through most of it. I almost DNF’d it, but I pushed through.

I feel like a lot of people like it, but this book just wasn’t for me. I tried though, did I try!

1 thought on “ARC Book Review: Anyone But You by Kim Askew & Amy Helmes”