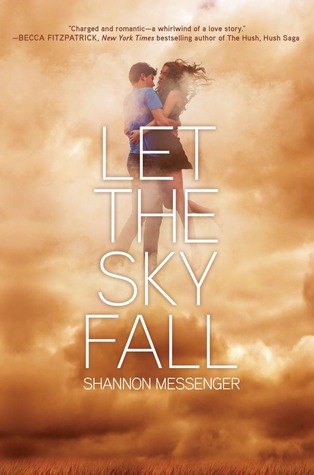 Seventeen-year-old Vane Weston has no idea how he survived the category five tornado that killed his parents. And he has no idea if the beautiful, dark-haired girl who’s swept through his dreams every night since the storm is real. But he hopes she is.

Seventeen-year-old Audra is a sylph, an air elemental. She walks on the wind, can translate its alluring songs, and can even coax it into a weapon with a simple string of commands. She’s also a guardian—Vane’s guardian—and has sworn an oath to protect Vane at all costs. Even if it means sacrificing her own life.

When a hasty mistake reveals their location to the enemy who murdered both of their families, Audra’s forced to help Vane remember who he is. He has a power to claim—the secret language of the West Wind, which only he can understand. But unlocking his heritage will also unlock the memory Audra needs him to forget. And their greatest danger is not the warriors coming to destroy them—but the forbidden romance that’s grown between them.

First of all, I loved that this book had alternating POV’s. It gave the book a well-rounded feel as we saw the story through the lens of the two main characters. The changing POV’s had a nice rhythm to them, never feeling choppy or as if something was out of place.

Third, I loved the plot and story. It is not like anything I’ve read in the YA Fantasy/Adventure genre. I also loved that a love triangle did not exist. The love aspect of the story is closer to real life than all those darn love triangles that have become a signature of most YA books.

The beginning was a little slow. I felt like the ‘spark’ that was presented in the first part of the book wasn’t that much of a spark. It felt too hyped. I wish I could have seen a little more interaction with them (Vane and Audra) in the “real” world and not in their own little bubble.

I really loved this book and I want more. The cliffhanger at the end was not as bad as most cliffhangers in a lot of books nowadays, but it still gave me that sense of anticipation and want for the next book. The plot and the twists that were in this book were done really well. I could keep writing about how awesome I think this book is, but I want to keep this short. Bottom line, Let The Sky Fall has become one of my favorite books of 2013.