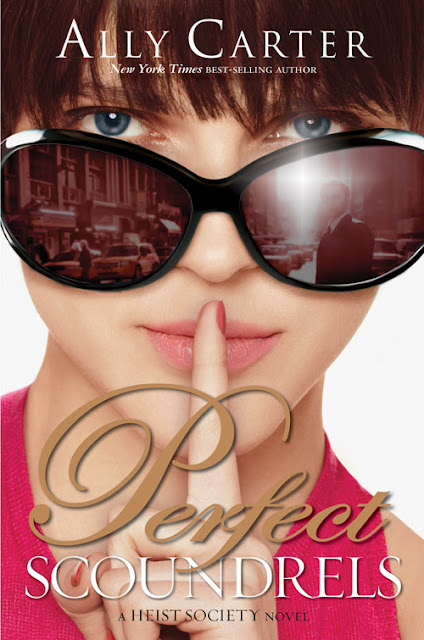 Katarina Bishop and W.W. Hale the fifth were born to lead completely different lives: Kat comes from a long, proud line of loveable criminal masterminds, while Hale is the scion of one of the most seemingly perfect dynasties in the world. If their families have one thing in common, it’s that they both know how to stay under the radar while getting-or stealing-whatever they want. No matter the risk, the Bishops can always be counted on, but in Hale’s family, all bets are off when money is on the line. When Hale unexpectedly inherits his grandmother’s billion dollar corporation, he quickly learns that there’s no place for Kat and their old heists in his new role. But Kat won’t let him go that easily, especially after she gets tipped off that his grandmother’s will might have been altered in an elaborate con to steal the company’s fortune. So instead of being the heir-this time, Hale might be the mark. Forced to keep a level head as she and her crew fight for one of their own, Kat comes up with an ambitious and far-reaching plan that only the Bishop family would dare attempt. To pull it off, Kat is prepared to do the impossible, but first, she has to decide if she’s willing to save her boyfriend’s company if it means losing the boy.

I absolutely loved this book! I believe it to be the best yet in the Heist Society Series. We were finally able to learn more about Hale’s family and his background. There were many moments where I literally screamed at Hale or Kat (and that is something I don’t do often because I don’t want to look like a crazy person). Something that I really liked that Ally Carter did was that she completely surprised me with the last twenty pages of the book. I don’t want to spoil it for anyone so I won’t say anything but this was the first book in the Heist Society Series that I was not able to guess the ending. Ally Carter was just bumped up to VIP status in my list of best authors out there.

Honestly, it took me a little while to get into it. I don’t know if it was because I just so busy I couldn’t enjoy reading a book or because it was slow at the beginning but after the first 100 pages there was no stopping me.

Perfect Scoundrels was a really fun book to read and I truly enjoyed. I can always count on Ally Carter to give me a book that is fun to read and tackles issues that many teenagers are facing today in their everyday lives. She knows how to make heavy subjects like death and insecurity more approachable and easier to tackle. Basically, she makes life easier. 🙂